Inpatient vs Outpatient on Medicare 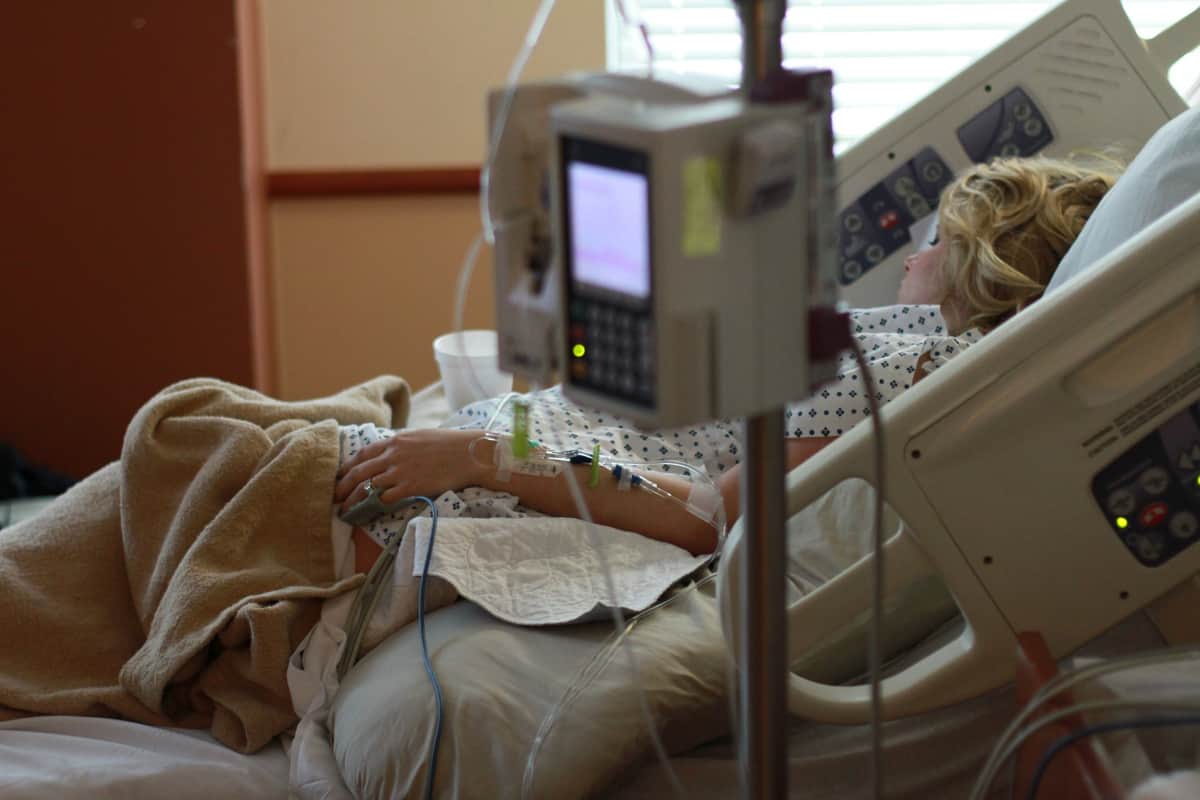 Why does it matter if you are an inpatient vs. outpatient on Medicare?  If you are on original Medicare, the answer can be told in one word.. cost.

Let’s look at an example of inpatient vs outpatient status.

The other day I was perusing the Internet and found this story, which was a response to an article I read.  I don’t know the name of the person who wrote it, but here it is in its entirety.

He was almost deaf, almost blind, suffered from a severe senile dementia, and had clarified that he did not want to live any longer.

When he was asked what he wanted for his 98th birthday and replied, “To Be a corpse.”

Both he and my mother had prepared health care directives asking to be kept comfortable and not have their lives prolonged if they could not recover.

We all felt hip surgery would violate my father’s wishes and legal directives. He would suffer a lot of pain, and he would never recover enough to walk again.

Because of his age, dementia, blindness, and deafness, they couldn’t rehabilitate him. My mother, his wife of 68 years, was the only person he regularly recognized.

He could never return and be with her. The hospital initially opposed our decision.

When I asked what benefit the surgery would offer, I was told that it would make it easier to transfer him from a bed to a chair.  Besides, the doctor added, he probably wouldn’t live very long.

In fact, if my father were really lucky, he might die during the surgery.

We reiterated that we wanted no surgery. We wanted him kept comfortable, and we wanted to honor his wishes.

Eventually the doctors agreed. (Later they told us they were glad we had decided as we did.) Two days later I was again asked if I was sure that I didn’t want the surgery, They said they were asking because unless they did the surgery they would have to move him to a nursing home later that day.

Since he wasn’t getting the surgery he hadn’t been “admitted” and wouldn’t have a three-day hospital stay, Medicare would not cover the nursing home costs (and neither would his insurance.)

Didn’t I want to reconsider and let them do the surgery?

I cannot express how amazed, incredulous and outraged I was at this.

Fortunately, I knew about Hospice.

They said that, if my husband and I would care for my father in our home, he could stay in the hospital for a few days while we got things ready for him. Two days later he died peacefully in the hospital. It was a blessed ending to the Medicare nightmare.

I still cannot really believe what Medicare did. Why should the government insist on spending tens of thousands of dollars on unwanted and futile surgery rather than letting an old man with no hope of recovery die the death he wanted?

What sort of world is it when a surgeon can say that one of the benefits of doing surgery is that the patient might die on the operating table?

Why should Medicare try to undermine someone’s health care power of attorney by using a financial club on them?

And why should people who’ve paid into Medicare for decades be denied its benefits at the end of their lives because Medicare twists its rules and policies to weasel out of its moral and ethical obligations? What’s happening now is crazy, inhumane, and financially counterproductive.1

Unfortunately, it’s true that Medicare will not pay for a skilled nursing home unless someone has been in the hospital as an inpatient for 3 days.  In this person’s case, (let’s call her Mary for ease) it sounds like her father was in the hospital for observation status.

Unfortunately, it can hurt hospital patients who rely on Medicare for their health care coverage.

People who receive care in hospitals, even overnight and for several days, may learn they have not actually been admitted as inpatients. Instead, the hospital has classified them as Observation Status, which is an “outpatient” category. This designation can happen even for people who are extremely sick and spend many days in the hospital.  For example, we have heard from people with recent hip and pelvic fractures who were designated as Observation Status.2

Since March 8th, 2017, hospitals are required to give their patients verbal and written notice called Medicare outpatient Observation Notice (MOON) that explains that they are in observation status.

The MOON tells you why you are in observation status (inpatient vs outpatient).

It discusses how the status affects what you’ll pay while you’re in the hospital and after you leave.

Although its a step in the right direction, does it really matter if a patient is given this notice?  Will the patient refuse care?  Will the family refuse care?  In Mary’s case, the family did not remove their loved one from the hospital.  Would you take your family member out of the hospital if you found out they’d be on observation status?  Would it matter to you if they were an inpatient vs outpatient?

A well-defined set of specific, clinically appropriate services, which include ongoing short-term treatment, assessment, and reassessment, that are furnished while a decision is being made regarding whether patients will require further treatment as hospital inpatients or if they are able to be discharged from the hospital.2

In most cases, the Manuals provide, a beneficiary may not remain in observation status for more than 24 or 48 hours.3

The Center (for Medicare Advocacy) has heard repeatedly about beneficiaries throughout the country whose entire stay in a hospital, including stays as long as 14 days, is classified by the hospital as outpatient observation.  In some instances, the beneficiaries’ physicians order their admission, but the hospital retroactively reverses the decision.  As a consequence of the classification of a hospital stay as outpatient observation (or of the reclassification of a hospital stay from inpatient care, covered by Medicare Part A, to outpatient care, covered by Medicare Part B), beneficiaries are charged for various services they received in the acute care hospital, including their prescription medications.  They are also charged for their entire subsequent SNF stay, having never satisfied the statutory three-day hospital stay requirement.4

In addition to Medicare not covering Skilled Nursing Facilities if there was no 3-day hospital stay (not including observation status), there are other costs.  Mary might have found out that medications were not covered by her father’s Part D because of the inpatient vs outpatient status on Medicare.

Where I live in San Diego, I am unaware of any hospital that will allow you to bring medications from home.

They see it as a liability. But Part D generally won’t cover your drugs if you are in the hospital.  This is another issue with inpatient vs outpatient status.

Your hospital status—whether you’re an inpatient vs outpatient — affects how much you pay for hospital services (like X-rays, drugs, and lab tests).5

Part B also covers outpatient doctor services. You are responsible for paying 20% of the Medicare-approved amount for these services after paying your Part B deductible.

Some screenings and preventive services are covered without cost to you because the Part B deductible does not apply. If you are enrolled in a Medicare Advantage plan, it covers your outpatient services just as Part B would.

Generally, prescription and over-the-counter drugs you receive in an outpatient setting (like an emergency department) aren’t covered by Part B. Many hospitals have policies that don’t allow patients to bring prescription or other drugs from home for safety reasons.

The hospital doctor has a lot of the pull when it comes to admissions.  In Mary’s case, the doctor encouraged the family to agree to surgery.  Was there a way to get the doctor to admit her dad without agreeing to surgery?

Medicare has this to say about inpatient vs outpatient:

You’re an inpatient starting when you’re formally admitted to the hospital with a doctor’s order. The day before you’re discharged is your last inpatient day.7

What can you do about inpatient vs outpatient status?

If you are an outpatient, your bill could be a lot higher than if you’re an inpatient. This could have a devastating effect on you or your family. Here’s what you can do about it.

If you wind up in a Skilled Nursing Facility after you leave the hospital, and it’s denied by Medicare, appeal the Medicare decision because you should have been an inpatient and not placed in observation.  Use the appeals process if necessary.

And if you have questions about Medicare, feel free to contact me.