Delaying Part B near Age 65 can be tricky 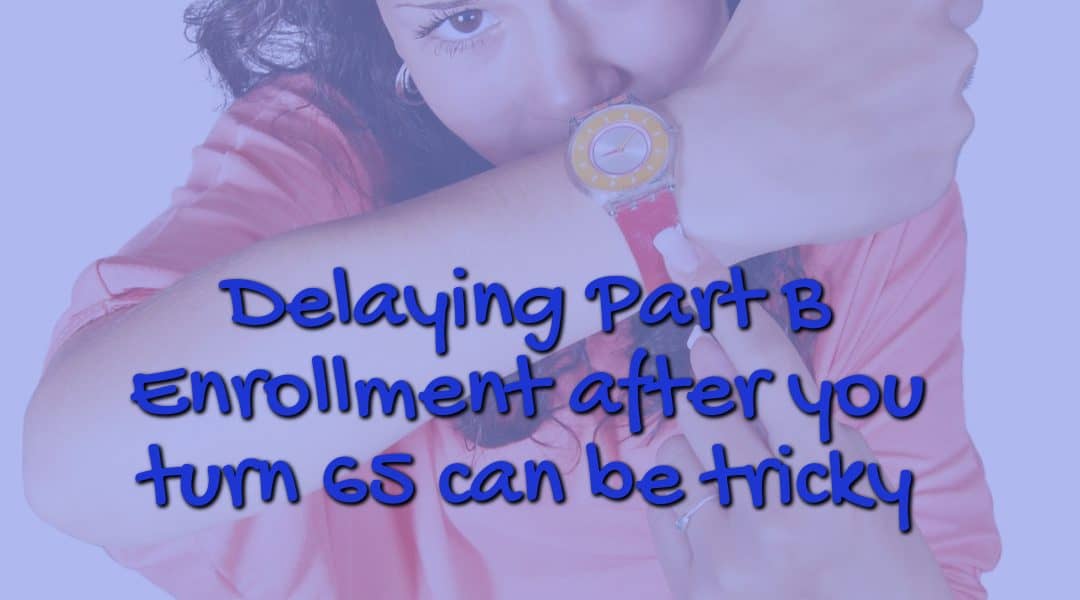 Are you nearing age 65 and covered under a group plan?  Thinking of delaying Part B for just a few months?

It can be tricky.

One agent who had been working with Medicare insurance for 15 years said she’d never run across this issue.  At this writing, there were 55 comments on this subject inside a private Facebook group.

The issue?  Waiting a month or two to retire after your 65th birthday could cause you to have to wait up to 3 months to get coverage under Medicare if you apply after your birthday.

But what you might not know is that if you don’t sign up prior to your birthday, you are penalized.  The penalty?  You have to wait to get coverage.

Here are the dates your coverage takes effect according to the Medicare.gov website: 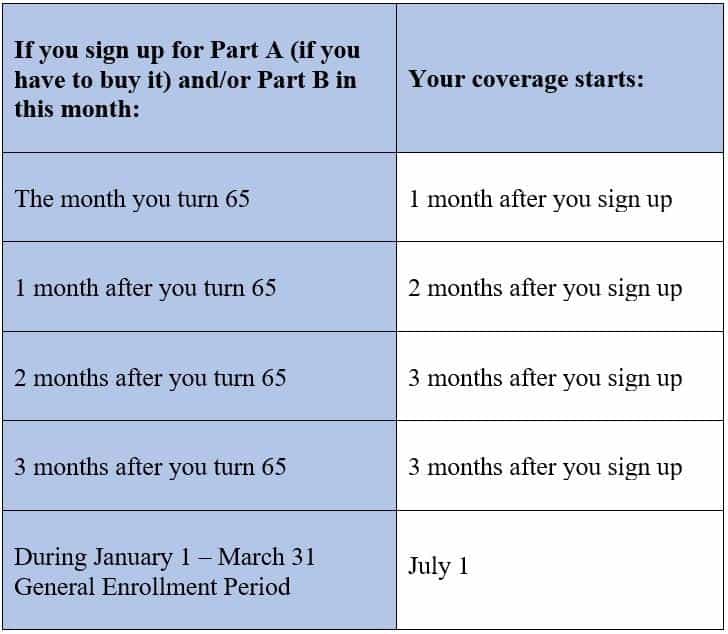 No problem, you think.  I have 60 days from the time I leave my employer coverage to get Part B, and it will go into effect the following month.  (This rule is called a Special Election Period or SEP).

Not necessarily.  If you are within the initial election period, the above dates will apply.  You won’t be able to get coverage the following month.

And if you delay enrolling in Part B until November, you won’t get Part B until February of the following year.

But if you are delaying Part B enrollment until December, your effective date will be in January.

That’s right.  Even though you are waiting an extra month to enroll in Part B, you’ll get your coverage a month earlier.

This is because of the Initial Election Period rules versus the Special Election Rules of Medicare. 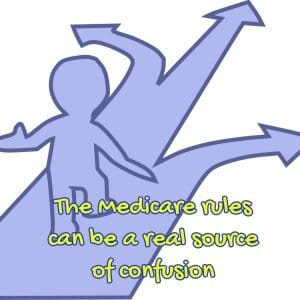 I don’t know why the rules were created like this, but they were.  The Medicare rules can be a real source of confusion, even for Medicare brokers and agents.

In fact, this issue caused a flurry of conversation in a private Medicare agent group that I belong to.  Many of us (myself included) were aware of the IEP rules but didn’t realize how they could affect people who were turning 65 and retiring a month or two later.

One way to resolve the issue is to have your Part B start prior to retirement.  I know it doesn’t seem fair, but it might be a whole lot less expensive than paying for COBRA.

Or you could delay retirement until you are 65 years old and 4 months.

Whatever you decide, you don’t want to be without coverage.

So remember, if you are under age 64 and 3 months, these rules apply to you.  If you are 64 and 4 months, then you should be OK using your SEP when you lose employer coverage.